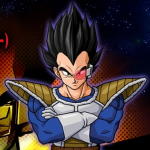 No matter how awesomebro this game is, I loved playing this game when I was little. Expect to see me around. I have noticed that the PS2/Wii versions of the game have a few major differences between the PS3/Xbox 360 version, mainly the lack of a Survival Mode in the former, though the dialogue in the downgraded versions is better.

Me and Project Predacon are the admins here.

Retrieved from "https://jurassic-the-hunted.fandom.com/wiki/User:Hypnobrai?oldid=4550"
Community content is available under CC-BY-SA unless otherwise noted.